Michael studied Fine Art (Sculpture) at Loughborough University, graduating in 1999. He went on to study Stone Masonry at York College, where he was awarded the S & J Whitehead Award for Stonemasonry. Michael was awarded Associate membership of the Royal British Society of Sculptors in 2003.

Michael spent 15 years working as a Stone Carver and Mason at Lincoln Cathedral. Today he works full time as a sculptor, using the act of gilding to bring his works to life. Over the past fifteen years, Michael Thacker’s work has been includes in over 30 exhibitions across the UK including Chelsea Flower Show, the London Art Fair, City Gallery Leicester, City Art House Lincoln, Nottingham Castle Gallery and the Living Gallery Birmingham.

The professional skills that he has acquired over the years have given him a deep knowledge and affinity of the technical side of the stone that he works so beautifully with. The architectural influence of his working environment is apparent in his beautiful geometric sculptures, the principles of devices such as pediments and archways shine through.

Michael also uses natural forms as one of his primary references, seedpods, shells, fossils and plant buds. The idea that a form develops and grows from within a hard casing to burst forth and reveal a new appearance is paramount to his thought process. Unbalancing the original and juxtaposing taut polished geometric forms against roughly textured organic shapes that emerge from within. 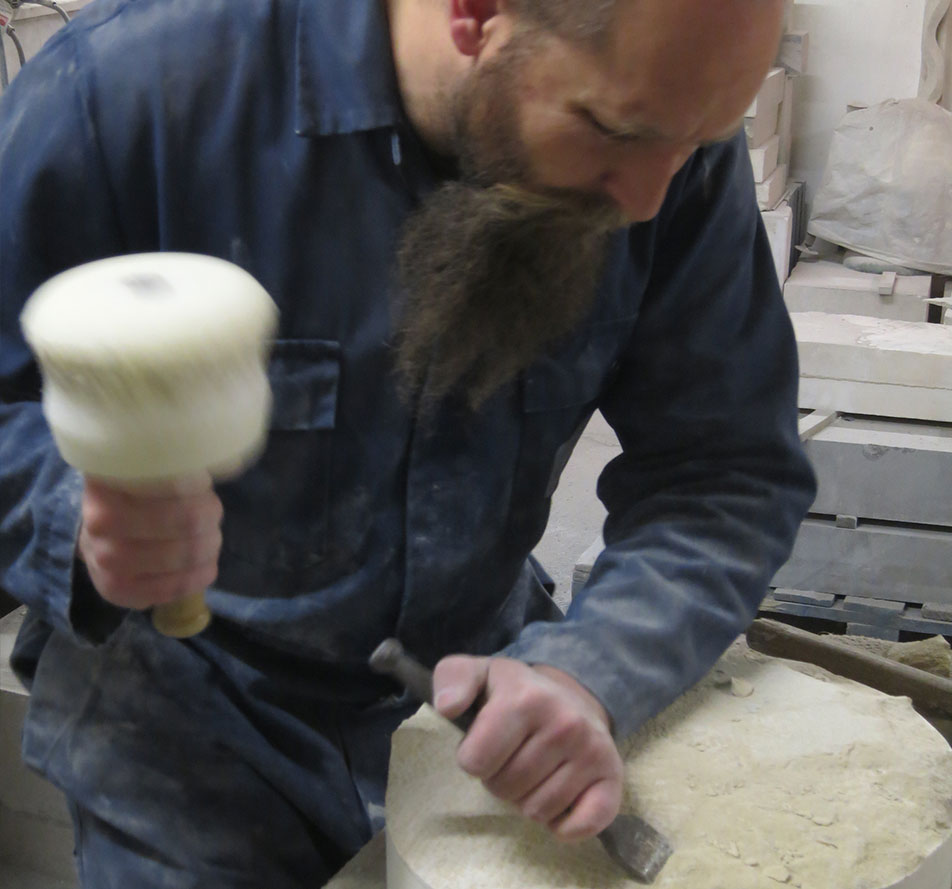 Materials
Existing Piece? Or Commision? Get in Touch